Army has in a press statement confirmed the redeployment of her service personal.

Has on 29 March 2019 reveal that "Brigadier General Zakari Logun Abubakar takes over command of 32 Artillery Brigade Akure from Brigadier General James Ataguba who has recently been posted to Land Forces Simulation Centre as the Director, Training and Operations and Deputy Director General The outgoing commander, Brigadier General James Ataguba in his valedictory speech at the send forth organised in his honour, thanked the media organisations, government functionaries and heads of sister security agencies in Ondo and Ekiti states for their professional support through this tenure. He enjoined them to give the same support to the new commander, Brigadier General Zakari Logun Abubakar Brigadier General Abubakar is a member of 40 Regular Combatant Course and a seasoned Air Defence Artillery officer. He was a member of the Directing Staff(DS) at the National Defence College (NDC) Abuja, until his appointment as the brigade commander".

Here are some pictures of the Handing and Taking Over Ceremony 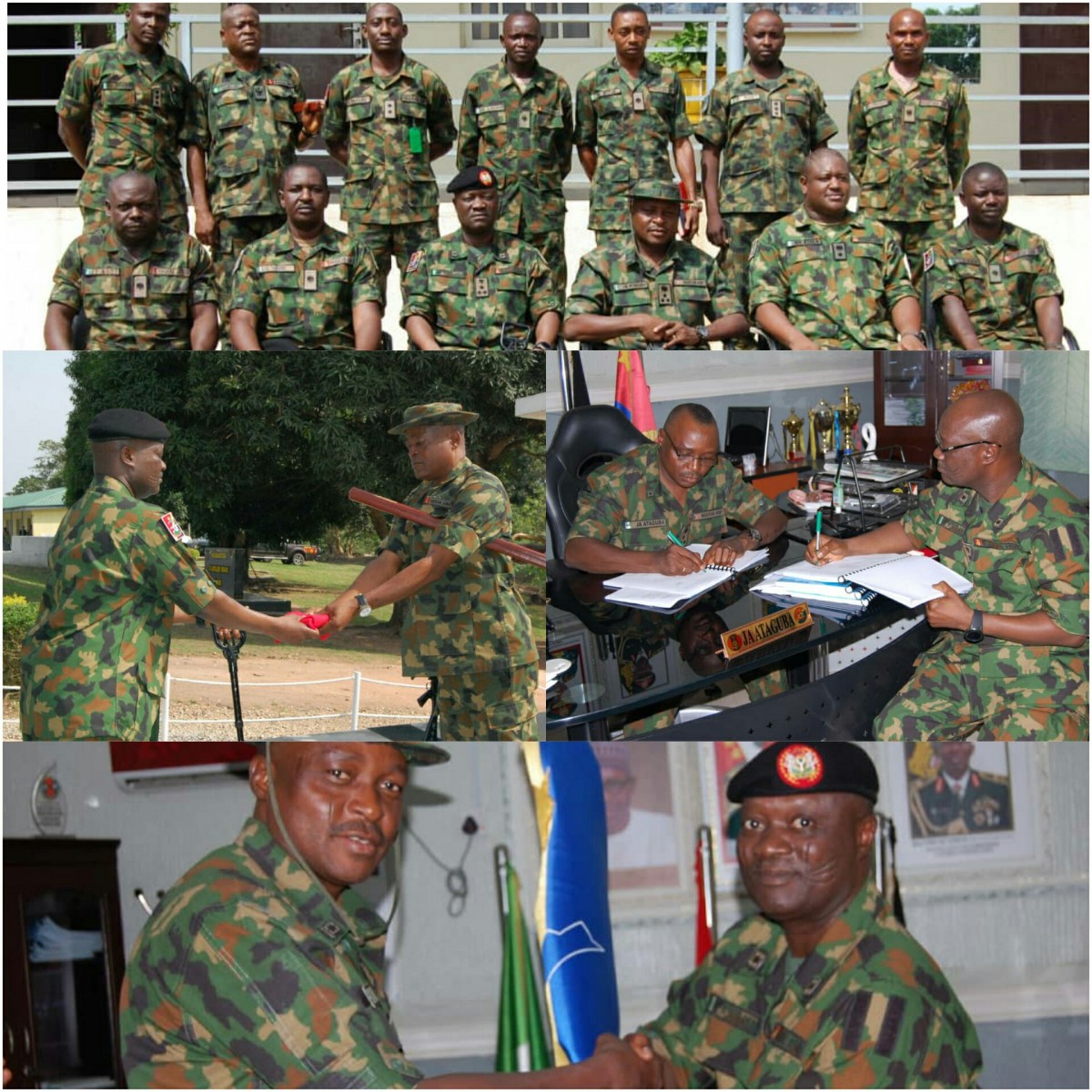 Base on the information reveal to us by vigilantes and residents in the area, the terrorists stormed Miringa village, some Read More