One person has been reported killed and the other sustain various degree of injuries with a bike accident popularly known as Okada, along Upper Ekewan Road before Igbobi Junction Benin City Edo State.The report has it that the man took a bike him and his second from Igo Community yesterday evening as they were going to one of the village along Ekewan villages.The bike man that carry them was speeding, the second one tap him, to stop speeding but he turn deft ear, during that process, unknown to the bike man that there was a port hole on his front, he landed on the port hole, the bike sulmasulted.The victim was said to have heat his head on a stone, why the second person fall into stagnant water along the road.They were rush to supreme medical clinics Igo community opposite Ekehuan Barrack, but he died few hours in the hospital.The second person is currently receiving treatment.The corpse is still in the hospital as at the time of filling these report.Nothing was said to have happen to the bike man. 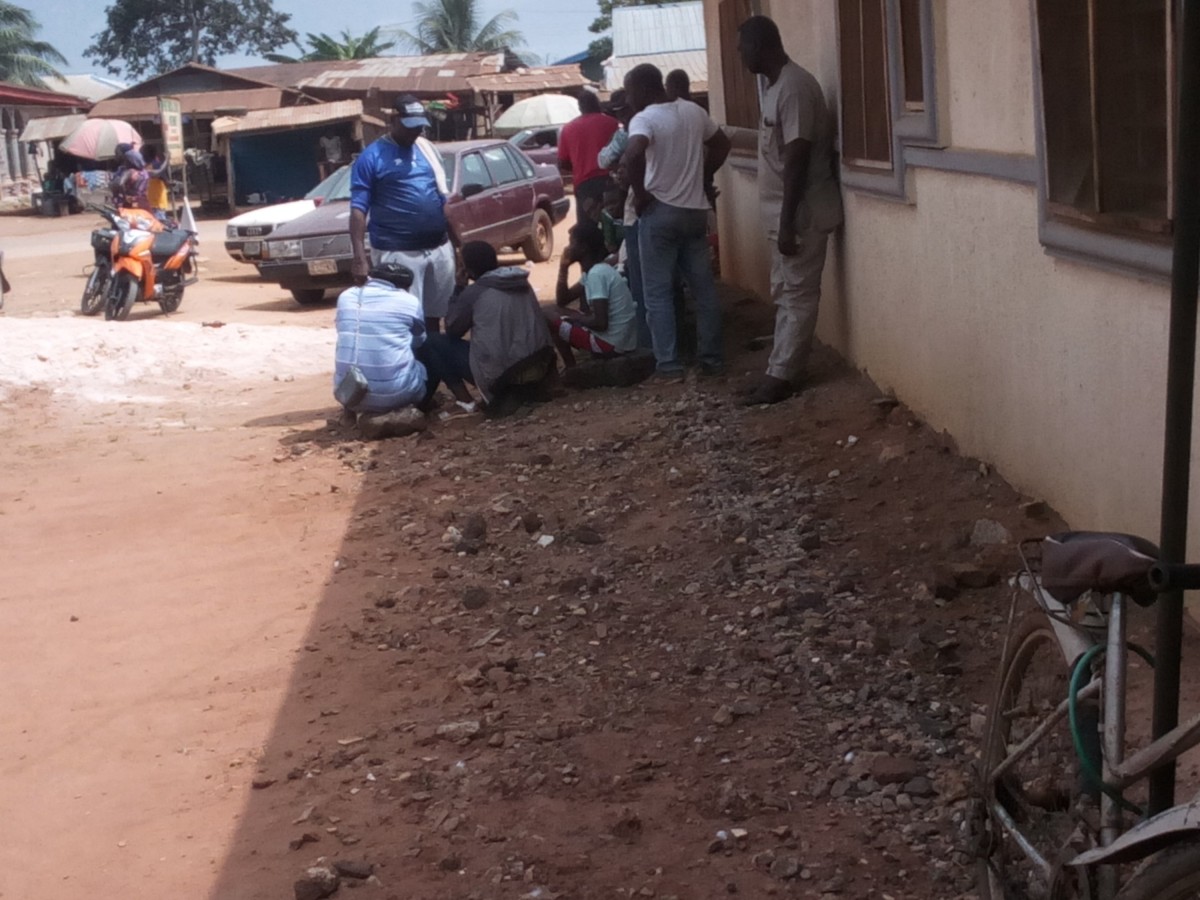 In the same vain brother to the deceased call on the Edo State Government to help fix the road.He said his brother die because of carelessness of the Government, they don't care if we die or not, what they care for is our vote. look at how there is port hole on the entire road, If the road is good my brother will not have died, the brother said.

READ ALSO  Dr Ezekwesili of ACPN score 7,223 votes in spite of her withdraw from presidential race

PHOTO: Meet the young Nigerian undergraduate, Hafiz Hussaini who made a drone

Twenty-six years after the annulment of the June 12, 1993, presidential election, which was won by Chief Moshood Kashimawo Olawale Read More

Fresh Attack; 5 soldiers confirmed dead and over 30 missing as Boko Haram attack army base in Borno

The lifeless bodies of eight children were found inside a parked vehicle in a fenced compound in the Jah-Michael community, Read More

This is an old schools track music by 2pac. He called this Hennessey. Listen and download the music below👇👇 REGISTER Read More

Nigerian man, Kunle Adeyanju, biking from London to Lagos has finally arrived in Nigeria. He arrived on Sunday to cheers Read More

Photographer commit Suicide after leaving a cryptic note in Abuja

A photographer identified as Emmanuel Omole has allegedly commits Suicide over life challenge. According to the report, the young man Read More

Fellow Nigerians, as our dear country marks her 62nd Independence anniversary, I bring you fraternal greetings. Even as we remain Read More

A 17-year old girl has accused the resident Pastor of the Amagba branch of the Living Faith Church a.k.a Winners Read More

Fani Kayode; If you go to court you will win but there will be war and Nigerians will be massacred. Please accept the results as the will of God"

If you go to court you will win but there will be war and Nigerians will be massacred. Please accept Read More

I Will Beat APC Flat, Says Maku, Targets Over 80% Votes

CONSENSUS gubernatorial candidate of the opposition in Nasarawa State, Hon. Labaran Maku, says he will beat the ruling All Progressives Read More