FG charges Omoyele Sowore the RevolutionNow activist for treason, an tempt to removed the president |

The Federal Government of Nigeria has charged Omoyele Sowore for conspiracy to commit treason, Sowore was also accused of granting an interview that caused insult on the personality of President Buhari.

Furthermore, the federal government also accused Sowore of an alleged attempt to fraudulently transfer over $16,000.

The RevolutionNow activists, Omoyele Sowore has been charged by the federal government for “conspiracy to commit treason” by allegedly staging a revolution campaign on September 5, 2019 aimed at removing the president and commander-in-chief of the armed forces of the Federal Republic of Nigeria.

According to the Federal Government of Nigeria, this is a breach of section 516 of the Criminal Code Act.

The federal government in the suit dated September 19 and filed at the federal high court in Abuja, also accused Sowore of granting an interview which purpose is to cause insult on the person of President Muhammadu Buhari.

The government said this is in violation of section 24(1)(b) of the Cybercrimes (Prohibition, Prevention).

Aminu Alilu, a chief state counsel in the Department of Public Prosecutions of the Federation, the Federal Ministry of Justice, signed the charges on behalf of t‎he attorney-general of the federation and minister of justice, Abubakar Malami (SAN). Going further, the federal government also accused of alleged attempt to fraudulently transfer over $16, 000. 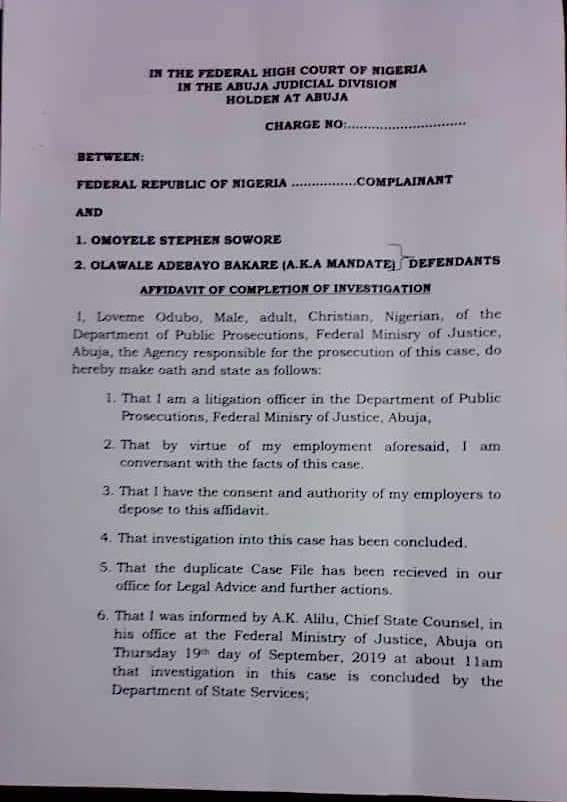 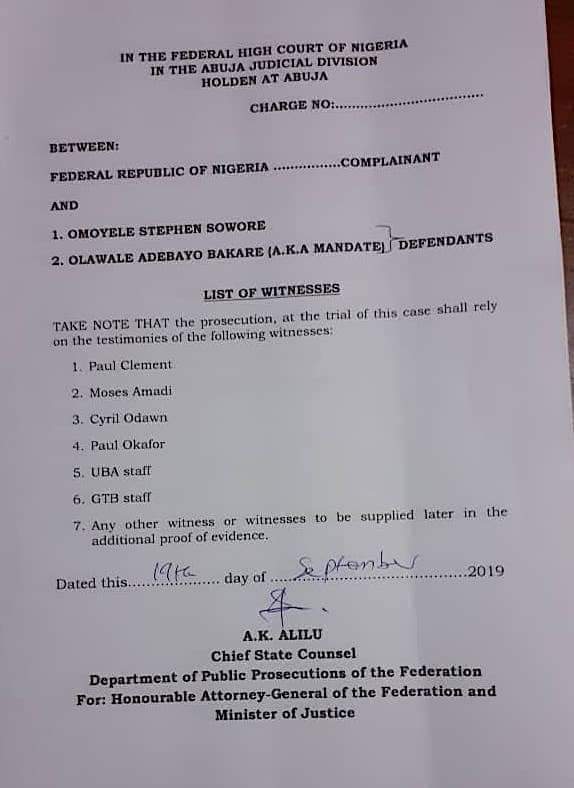 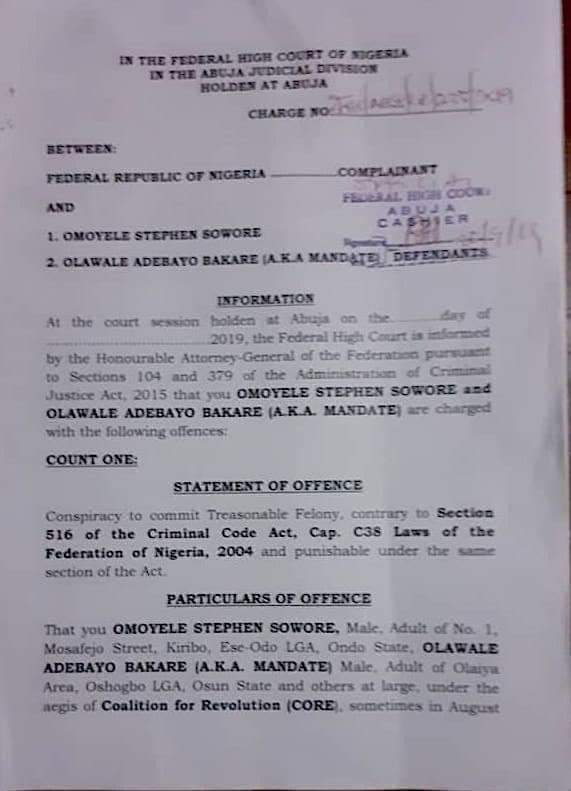 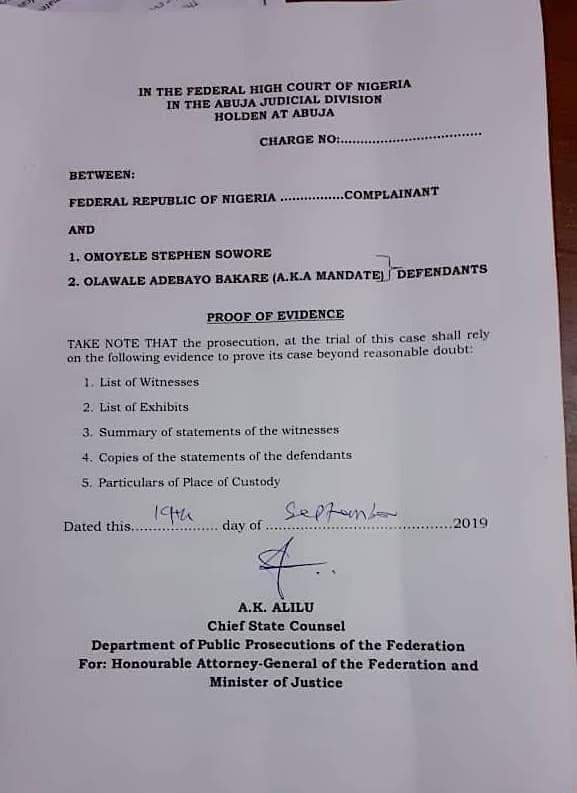 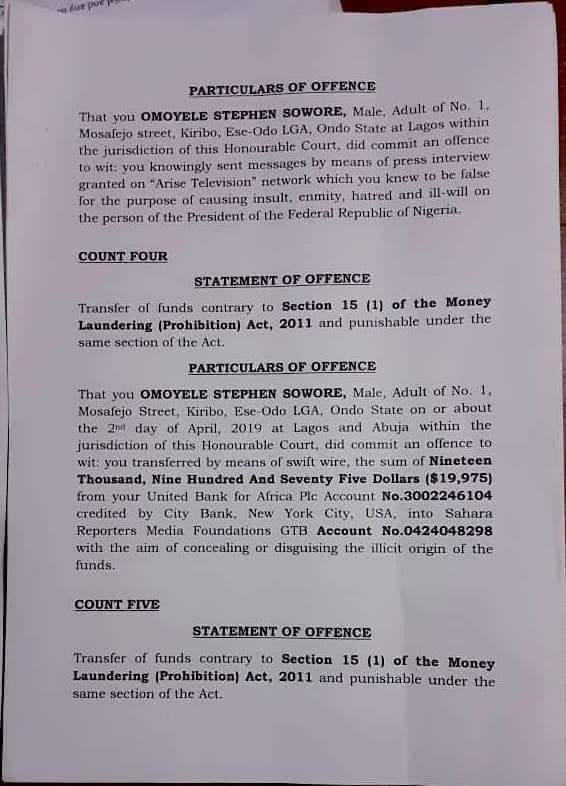 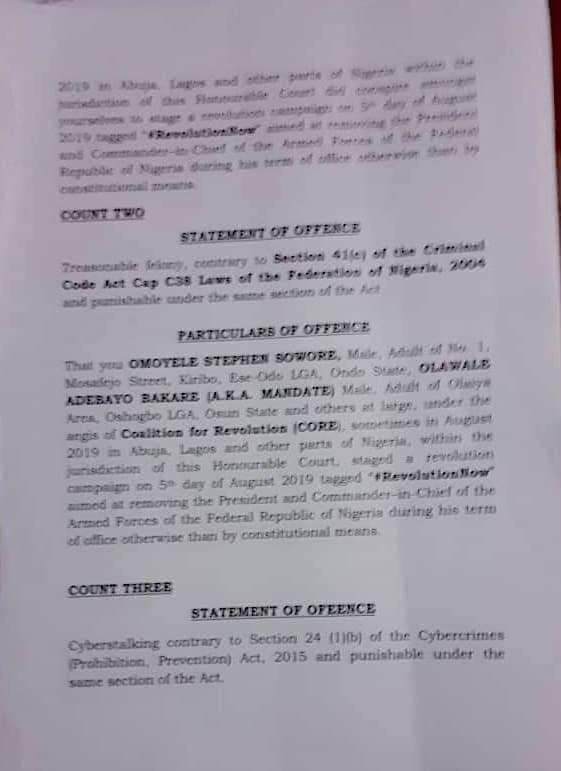 Although he never officially declared his ambition for the position of deputy senate president, Ovie Omo-Agege was endorsed by the Read More

Kano State Governor, Abdullahi Ganduje, has debunked the allegations that he created another 4 additional emirates in Kano state to Read More