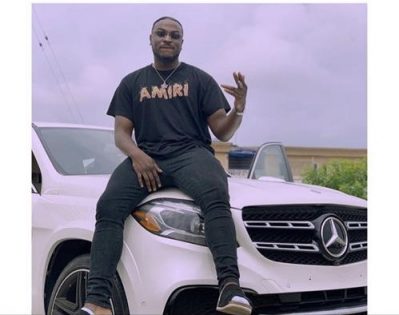 For few days now, Nigerian singer, Peruzzi has been in the news for very wrong reasons. He has been dragged recklessly across all social media platforms for being mentioned inbsexual harassment allegations.

And it did not begin recently. It can be recalled that in January, London-based singer, Daffy Blanco accused him of sexual assault.

He has been called out recently on Twitter by a lady who accused him of raping her in 2012.

Several distasteful tweets about rape made by Peruzzi back in the years 2010, 2011 and 2012 have also resurfaced, leading people to conclude that the artist may have been capable of rape at the time.

After the singer was accused, he announced that he has never and “will never be a rapist”. Peruzzi’s old tweets clearly depict the way a lot of people viewed and still view rape today. Everyone needs to learn that rape is a serious matter and it should never be approached flippantly.

After these screenshots hit the TL, Peruzzi quickly deleted all his old tweets concerning rape. But even though he has deleted the original tweets, the screenshots will always remain on the internet for all to see.

READ ALSO  LEKKI MASSACRE: Who Are The DJ Switch's Sponsors, We Will Expose Her Soon- Lai Muhammed

In Yobe state, an 80-year old man has been arrested for defining a 10-year old orphan. The man who was Read More

Nigerian Singer, Peruzzi was called out by a lady for allegedly raping her in 2012. The call out went down Read More