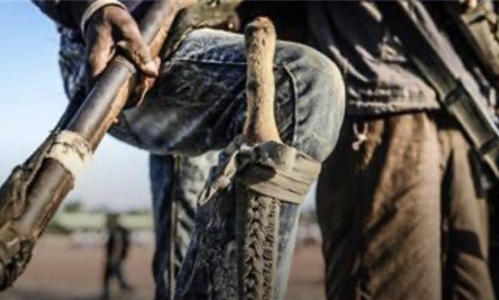 It has been reported that at least 43 persons have been killed and scores were injured in fresh attacks in several communities in Benue, Taraba and Zamfara states.

In Tungwa and Utsua-Daa communities in the Bali local government area of Taraba State, 11 persons were said to have been killed.

A resident of Bagoni near Tungwa, Alhaji Sale Umar, told one of our correspondents that gunmen invaded Tungwa on Thursday and Utsua-Daa on Friday, killing 11 people.

Umar said several houses in the two communities located along Bali-Marararba road were also burnt in the attacks. He said,

“We saw 11 dead bodies after the attacks. Many houses have been burnt and people have deserted the communities. Many people especially Tiv farmers are fleeing the communities to Bali for safety.”

Mahmud, who said he was at the scene of the attacks, also said several houses were burnt.

As the world grapples with the COVID-19 pandemic, the delivery of health services, including routine vaccinations, have been disrupted – Read More

It has come to our notice that Boko Haram fighters have killed an acting Commanding Officer of the Nigerian Army, Read More

Enjoying your loot! The day of reckoning is coming, Yakubu Samila to Dino Melaye

In a bid to encourage and motivate those who have been into farming, Kogi State Government through the Administrator of Read More

Singer, Chinko Ekun, Shares How He Became Homeless In 2020

Nigerian singer, Oladipo Emmanuel aka Chinko Ekun, has shared the story of how he became homeless and depressed in 2020. Read More

The number of death from covid-19 in Lagos rise to 18 as the state government announced 2 new death. The Read More

PHOTOS: Lady with Bigs Breast stire reaction on Internet, as she celebrate Birthdays

Photos of a young lady with huge breasts has stire reaction on the internet. Photos of the lady who named Read More

Taraba : Pastor and wife murdered in their farm

In a series of tragic events, a Pastor, Reverend Emmanuel Saba Bileya, and his wife, Julianna, have been gruesomely murdered Read More