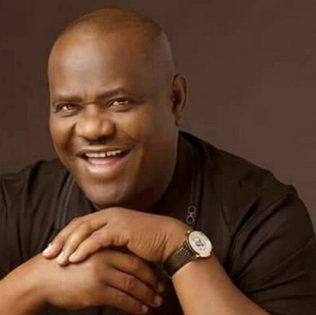 Governor Nyesom Wike of Rivers State has been appointed by the Peoples Democratic Party (PDP) to head the party's campaign council ahead of the Edo State gubernatorial election.⁣

READ ALSO  Wike and Governors from South-South organised a surprise birthday to honour CoF to Buhari, Gambari, at the Govt House, Port Harcourt

This appointment was announced on the Twitter page of the party. In the tweet, the party also announced Ahmadu Fintiri, governor of Adamawa as the deputy chairman of the council.⁣

I happen to be in Ayingba, Dekina Local Government of Kogi State on the weekend when it was rumored that Read More

The police have paid tributes to the slain officers and revealed the key operations they were involved in. Force Public Read More

We Have No Knowledge Of Alleged Attack On Oshiomhole – Edo Govt.

Wambai personnel aide appointment, some APC leaders in KKF are desperate of the appointment ~ AHoko group

Photo news: Nigerian lady Zainab Aliyu who was detained by Saudi Arabian authorities for drug trafficking has been released.

"I hate politics. It's slimy. Any job where people pander for votes I don't like. The country has gotten so Read More

The Special Adviser on Security to the Governor of Kogi State for Kogi Local Government, Hon. Isah Abdulkarim (ECOMOG), has Read More

It obvious that Federal government of Nigeria, Under President Muhammadu Buhari has lost it totally. If we can recall few Read More

2023: No Right Thinking Person Will Vote For APC, Says Obaseki

The Governor of Edo State, Godwin Obaseki on Monday warned that Nigeria will break up if the All Progressives Congress Read More

Tinubu's Position In APC Is Not Constitutional - Obaseki.

Governor Godwin Obaseki of the Peoples Democratic Party, PDP has taken a swipe at the National Leader of the All Read More

Governor of Rivers State, Nyesom Ezenwo Wike has explained that only a courageous person with the capacity and vision to Read More