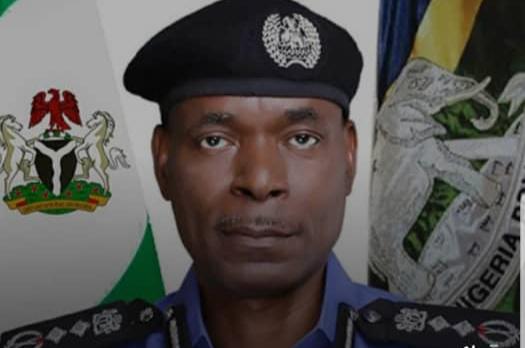 Men of the Abia State Police Command have arrested sergeant Chinatu Onyema for the alleged murder of two persons in Aba.

He reportedly killed the two persons two weeks ago in the commercial hub of the state. He was declared wanted by the State Police command last week.

Geoffrey Ogbonna, the Police Public Relations Officer in the state, said that Onyema was arrested on Saturday in Akunakpu village within the Isiala Ngwa police division.

The cop with force No. 461624, who was formerly attached to the Department of Operations at the state police headquarters, Umuahia, was on special duty at Crunchies Fried Chicken Ltd in Aba where he allegedly committed the crime.

We gathered that the sad incident took place at Constitution Crescent Road, where Onyema attended a distress call placed by a driver with Crunchies Fried Chicken Ltd identified as Njoku Uzoma.

The Abia State police said that he had no authorisation for such venture where he allegedly shot two persons.
The PPRO added that the suspect is currently facing orderly room trial after which he would face prosecution in court.

Nobel Prize-winning author, Wole Soyinka, has stated that he does not have a need for any religion and does not Read More

Mkpụrụ mmírí wrecked havoc in Igbo Land Months ago, its effect is still being felt today. His name is Emeka Read More

Youths calling for #ENDSARS in Nigeria has lunch online radio. Omokoshaban learn that the online radio, is known as Soro Read More

Nigerian has faulted the federal government of Nigeria not doing it best for the interest of the citizens. Some of Read More

In fulfilment of his promise to the good people of Zabarmari, Jere L.G.A., Borno state Governor, His Excellency, Prof. Baba Read More

National President of Ogga Progressive Union (OPU) Mr Bamidele Olure, the has requested the deployment of policemen and other security Read More

Reports have it that for the first time in two years, food prices have hit 15.03% in April. This is Read More

LET TALK: This is Deborah Enenche Is it good for a pastor's daughter to dress like this?

"This is Deborah Enenche, Pastor Enenche Daughter. Nwakego Nwotie has these questions for you guys. Is it good for a Read More

SO SAD!! Man Kills His Little Cousin Over Mango Fruits In Abia