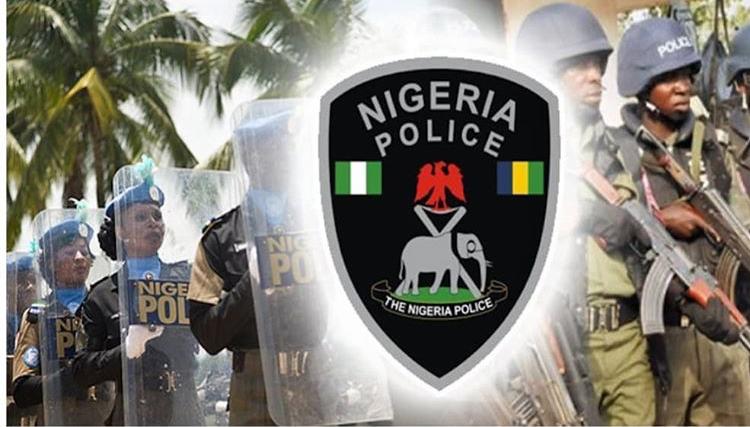 A fashion designer has died after allegedly being brutalised by a police inspector.

The 20-year-old fashion designer who was identified as Ayomide Taiwo died after he was assaulted by one Inspector Ago Egharepbe.

The inspector is said to be attached to Ibokun Divisional Headquarters, Osun State. The assault reportedly happened on Tuesday August 4, around 3:30pm at Ilahun community.

Mr. Segun Agboola, Taiwo's uncle, who confirmed his death said that he died on Sunday August 9 at Ladoke Akintola University Teaching Hospital, Osogbo where he was receiving treatment.

Wasiu Olademeji, who was riding on a motorcycle with Taiwo at the time of the incident said that a policeman stopped them and demanded for N50 bribe.

According to Wasiu, the policeman who was drunk allegedly attacked Taiwo with a rifle after he saw a bundle of N50,000 when the deceased brought out the money.

“The drunken policeman suddenly approached us and hit Ayomide’s head with the butt of his rifle.

The two of us fell from the motorcycle while the three other policemen ran away.

READ ALSO  Full Spech of Senator Yakubu Oseni at the commissioning of 85kwp solar hybrid mini-grid in Upake, Ajaokuta LGA of Kogi state on the 19th of August, 2019

Ayomide was lying unconsciously on the floor and was bleeding in his nose, mouth and ears. I carried the bike off him.

Another policeman who was not at the scene when it happened helped in carrying my friend to Ladoke Akintola University Teaching Hospital, Osogbo.

Ayomide has been in a coma since we took him to the hospital due to severe injury he sustained on his head.

The DPO gave us N30, 000 for the hospital bill. Ayomide is the last child of his mother.”

We gathered from Yemisi Opalola, Osun Police spokesperson, that the officer who brutalised the fashion designer has been dismissed and will be charged to court on Monday August 10, for murder.

“Commissioner of Police Osun command, Undie Adie, had after receiving the report of the trail committee, recommended the dismissal of the officer to the Inspector General of Police and he has been dismissed.”

Terrorism,banditry will end if Nigerians want it- Buratai

PRESIDENT Muhammadu Buhari, yesterday, lamented that Nigeria lost about $3 billion to illegal smuggling of gold between 2012 and 2018. Read More

#BBNaija: “I wouldn’t have forgiven you if you chose me as deputy” – Whitemoney to Emmanuel

BBNaija housemate, Whitemoney has affirmed that he would not have forgiven Emmanuel if he chose him as deputy Head of Read More

"NCDC is marketing CoronaVirus and destroying our Lives. Enough of this Covid-19 Nonsense. 386 new cases? We have played fool Read More

Abia State Governor, Okezie Ikpeazu, has stated that he is not joining the governing All Progressives Congress (APC), in Nigeria, Read More

In line with its commitment to refocus attention and inspire action around health and wellbeing, Nigeria’s caring telecoms brand, 9mobile, Read More

An inferno resulting from a suspected power surge, today, destroyed 12 shops at Ijesha area of Surulere in Lagos. The Read More

Given the trajectory of the recent activities of the Christian Association of Nigeria (CAN), the Nigerian Supreme Council for Islamic Read More

Water play a significant role in our body system. Water contribute the stability structure and function of the entire body Read More

Police Officers Kill Themselves Over Argument On #EndSars In Abuja

▪︎Assistant Inspector-General of Police (AIG) in charge of Zone 11, Olasupo Ajani has pleaded with Nigerians to end the attack Read More

Rivers State Executive Council has directed that compensations to victims of acts of violence, torture, brutality, murder and violation of Read More

1. She makes you grin by actively seeking out new and interesting ways to interact with you and bring a Read More

According to the World Health Organization, electronic devices are generally harmful to the body since they have hazardous byproducts that Read More

How to increase your micro male organ: Many men, especially the fat ones amongst them feel shy and complain bitterly Read More

Music star, Davido, is set to perform at the closing ceremony of the 2022 World Cup in Qatar. The music Read More

Nigerian activist, Aisha Yesufu, has boasted that she has enough passive income to survive another eight years of bad leadership Read More

Veteran actress, Regina Askia, has revealed why she deleted an Instagram post she made on Wednesday about singer, D'banj's fraud Read More

This video worth a chart and need to be topping chart. See the new music video of an afrobeat artist Read More

According to report, Thugs numbering about 20 on Thursday morning attacked the residence of the chaiman of the Peoples Democratic Read More

Nollywood actress, Seun Osigbesan aka Jenifer and her husband, Seun, are marking their 10th wedding anniversary on Thursday. The Johnson Read More

For those asking why ICPC arrested popular musician, D'Banj for alleged diversion of N-Power money, D'Banj was appointed by the Read More

An 18-year-old, Jaylen Smith, has been elected the mayor of Earle Arkansas in the United States of America. Smith, who Read More