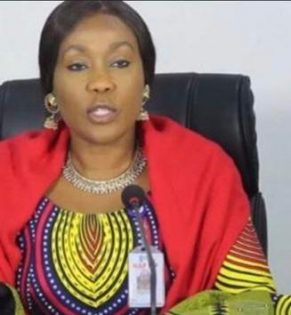 The Director-General (DG) of the National Agency for the Prohibition of Trafficking in Persons (NAPTIP), Mrs Julie Okah-Donli, has warned Nigerians to desist from giving excuses for rape.

She said that such actions could get them arrested as suspects. She issued this warning while fielding questions from news reporters in Abuja.

She queried parents for not doing enough to take care of their wards and children, explaining that 90 per cent of rape cases were committed by uncles, fathers and relations.

According to her, many careless acts by parents are responsible for rape cases across the country.

She, therefore, said that the NAPTIP would approach the Ministry of Justice to push for the establishment of special court to try rapists.

Okah-Donli also called for life imprisonment instead of capital punishment for convicted rapists, adding that there was need to educate Nigerians, especially neighbours on rape issues.

She, however, said that there was no national template of victims’ trauma response to share pain, adding that the duration of psychological trauma varies from individuals.

Woman arraigned for beating her stepson to death in Kano

The Operative of National Agency for the Prohibition of Trafficking in (NAPTIP) arraigned a 29 year-old woman, Jamila Abubakar for Read More

Tips for thought for the Rapists; How will you feel if Your Sister, Daughter, Fiancée or Wife is raped, even to death??

The world, Nigeria in Particular, is currently encapsulated with the Habit of 'RAPE' in some men. Some even rape the Read More